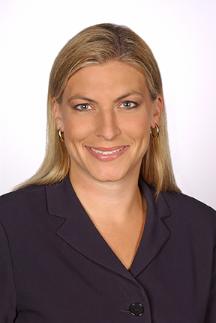 Jolie C. Holschen, MD, FACEP is board-certified in both emergency medicine and sports medicine.  She has provided medical care to athletes at the collegiate, amateur, Olympic, and professional levels while working with the University of California, the University of South Carolina, the University of Michigan, the USA Hockey National Team Development Program (NTDP) in Ann Arbor (2004-2010), the USA Hockey Women’s National Team (2009-2010), and the Chicago Wolves Hockey organization (2013-present).  She has served as a team physician at sixteen international tournaments with USA Hockey, including two U18 World Championships with the NTDP and the 2010 Vancouver Olympics with the USA Women’s Olympic Ice Hockey Team.  She also served a USA physician at the World University Games in Gwangju, South Korea.

While at the University of Michigan, Dr. Holschen was a Clinical Assistant Professor of Emergency Medicine and Clinical Assistant Professor of Orthopaedic  Surgery, seeing athletes of all ages at the MedSport clinic, teaching in the emergency medicine residency program and the primary care sports medicine fellowship program, directing a sports medicine elective for emergency medicine residents, and conducting research on gender differences in injury and women physicians’ professional issues.  From 2007-2010 she served as the medical director for the Dexter-Ann Arbor Run half marathon and 10K race.  In the past, she has volunteered providing medical care and services at the Chicago Marathon, the Ford Ironman World Championship, and the Superbowl.