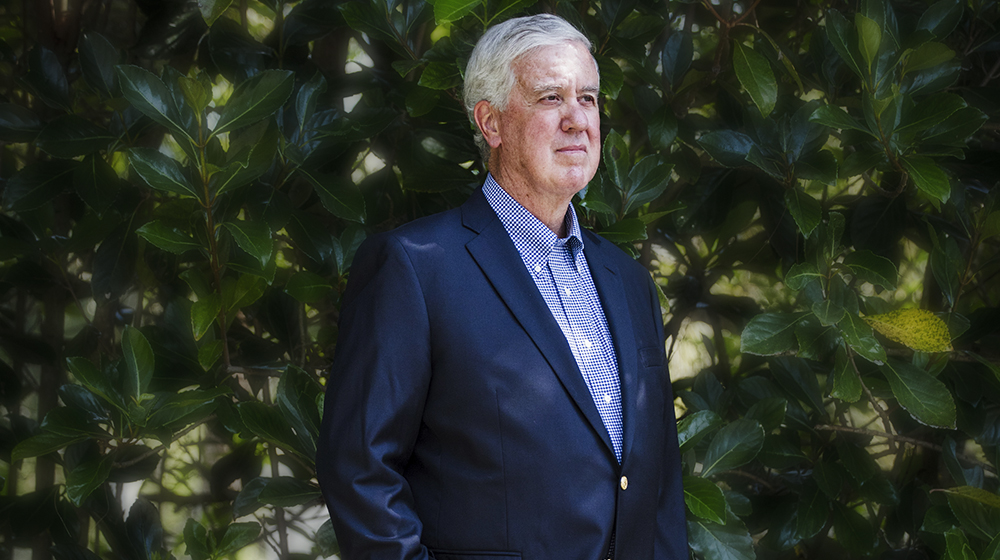 ALUMNUS OF THE YEAR

JOHN DOWDLE (MD ’74) has watched medicine evolve. At the time he attended Stritch, there were only a handful of women in his class. Now, more than 50 percent of the school’s students are female. When he started his career, MRI imaging software didn’t exist. Now, Dowdle couldn’t imagine his job without it. Throughout the years, the orthopedic surgeon has seen health care progress and become more inclusive, a change he takes pride in contributing to with his invention in 1988 of the first electronic medical record software, DocuMed.

The passion behind his work with patients, however, remains the same. “During my third year of school, I was rotating through a lot of different areas,” says Dowdle. “Everyone else in my class spent all their time in obstetrics or pediatrics. I wanted to work with patients from all different ages and backgrounds.” (pull-quote) Dowdle recounts one of his most remarkable days: He was called from the maternity ward, where he was putting a cast on a newborn with a club foot, to the emergency room, where a 100-year-old woman had broken her hip. “I love having diversity in my patients,” he says. “It’s rewarding because you might care for a baby and a grandmother in the same family.” It was this feeling of curiosity that led Dowdle to invent DocuMed, a program that organizes and tracks medical notes from patients. Before its conception, doctors dictated notes on patient visits. Dowdle remembers one of his Stritch professors often raising the question, “Why are we doing it that way?” So Dowdle applied the same inquisitive thinking to his work, and eventually, DocuMed was created.

While the field of health care is already more advanced and streamlined than Dowdle could have imagined when he was a Stritch student, he says there are still some exciting changes he would like to see in the near future. “Arthritis care will hopefully develop to become more preventive,” Dowdle says. “It’s hard to predict the future, though, because things can shock you when they happen. But over time, they become routine.”

With a mindset that constantly seeks a more efficient approach, Dowdle believes Stritch students are prepared to bring about the next big advancements in health care. His biggest advice for students is to question every- thing, much like his former professor taught him. Dowdle encourages today’s students to ask not just “Why are we doing it this way?” but also, “How can I make it better?”