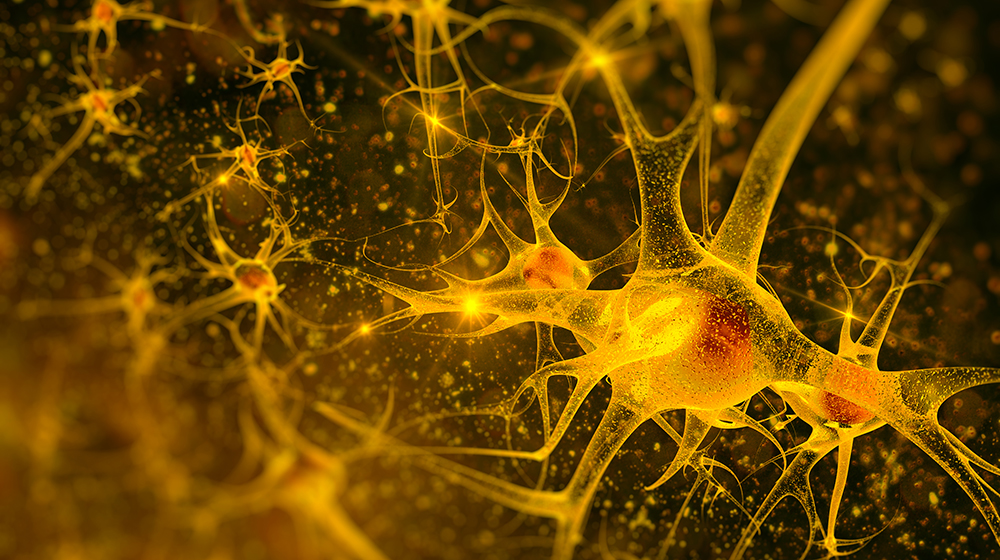 Sometimes the biggest discoveries derive from the most basic understanding of how things work. Take the research of Microbiology and Immunology professors Tom Gallagher and Ed Campbell, who share a fascination with viruses and how, at the simplest level, they spread.

“As a lab, we are trying to understand how the HIV-1 virus infects cells. If we can figure that out, maybe we or someone else can leverage what we’ve learned to more effectively treat HIV,” says Campbell. “But if we can’t understand it, we can’t stop it.”

For 15 years, Campbell has studied the HIV capsid, the protein shell that protects the virus’ genome or hereditary information. In a neighboring lab, Gallagher spends his time studying zoonotic viruses, which are viruses that spread from animals to humans. His research includes the coronavirus, which gained worldwide attention this year after an outbreak in Wuhan, China, that has spread across the globe, including to the United States.

Despite their two distinct areas of interest, both are now engrossed in a project with the potential to change the study of memory and cognition. According to Gallagher, it began with Jason Shepherd, a leading neuroscience investigator from the University of Utah, and his high-impact discoveries around a genome called “Arc.”

The name Arc stands for “Activity Regulated Cytoskeleton-associated protein.” It is active in the brain’s neurons and plays a crucial role in learning and memory. “According to this research, if a mouse is born without the Arc gene, it loses the ability to form memories,” says Gallagher. So, he asks, “What is it about Arc that makes mammals remember?”

While the gene was discovered in 1995, it wasn’t until a 2018 study that researchers began to understand how Arc interacts with the nervous system. In that study, Shepherd and his team discovered Arc sends its genetic information from one neuron to another through a strategy commonly used by viruses. Researchers were surprised to find that Arc’s behavior closely resembled that of HIV. 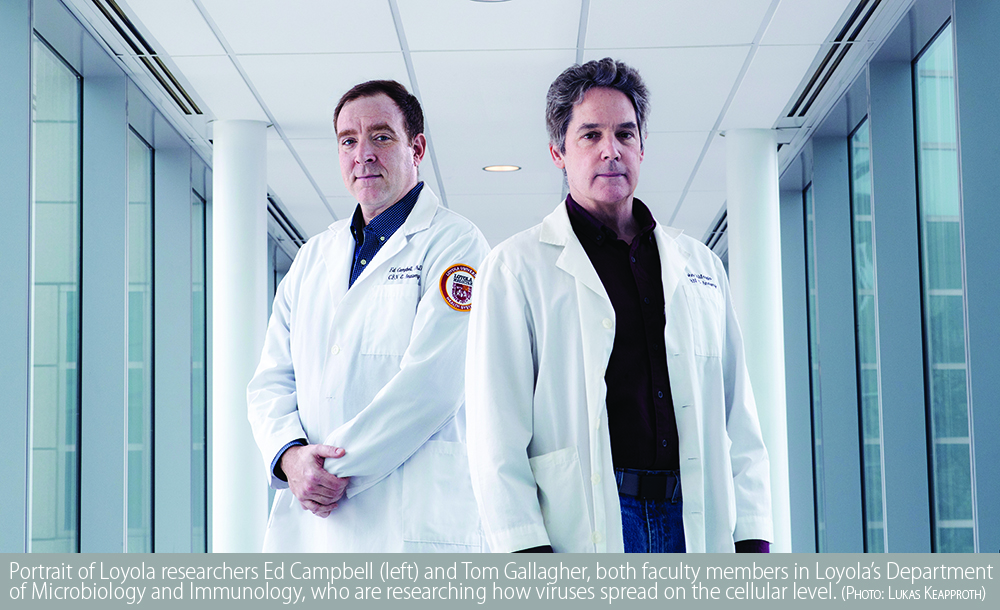 Because of the similarities between Arc and viruses like HIV, researchers believe that Arc was part of a virus that once infected ancient mammals. Over time, the virus lost its ability to replicate, and mammals “domesticated” it to develop the evolutionary advantage of intelligence. In fact, 5 percent of our genome is comprised of ancient, defective viruses. An example of this kind of evolution is the placenta. Research shows the protein women and female mammals use to form a placenta during pregnancy originated from a virus.

Gallagher says his jaw dropped when he learned Arc could have developed in a similar fashion. “Shepherd’s work shows that there is essentially an old virus in our brain, moving from one neuron to another, and perhaps by doing so it can guide the neuronal circuitry in the right way, so you can remember and think properly,” he says. "That is a truly interesting hypothesis in nature.”

That’s where Loyola’s research could be pivotal. Campbell met Shepherd at a conference where he was presenting his findings on Arc. After facing questions from several virologists at the conference surrounding Arc’s function, Campbell sought out Shepherd to express his enthusiasm for his work and to offer his expertise. A partnership quickly formed with the goal of identifying the most basic questions of Arc: “How does Arc move from cell to cell? What information is it transferring? And how is it impacting a neighboring neuron?” asks Campbell.

How does Arc move from cell to cell? What information is it transferring? And how is it impacting a neighboring neuron?"

If Campbell and Gallagher were to answer just some of those questions, they could get one step closer to understanding how Arc influences human memory and cognition, and, in turn, light the path for potential discoveries regarding a number of brain disorders, such as Alzheimer’s, schizophrenia, and Fragile X syndrome, a genetic condition that impairs cognition and causes developmental disabilities.

But to answer the big questions, the team needs big funding. In 2019, Campbell, Gallagher, and Shepherd applied for one of the most coveted National Institutes of Health (NIH) awards: the NIH Director’s Award for Transformative Research. Much to their surprise, their idea was chosen.

Unlike traditional awards, the grant supports innovative projects with the potential to create or overturn fundamental paradigms in biomedical science. During the next five years, the three labs will receive a combined $5.5 million in funding. Gallagher describes the feeling of receiving the award like “hitting a home run.” Now that funding is secured, the real work begins. “It’s great to be recognized, but at the end of the day, it’s an opportunity,” says Gallagher.

With only five years to work under the NIH grant, Gallagher and Campbell already have started to prepare their initial experiments: growing neurons from adult stem cells with the help of some of Loyola’s brightest graduate students. While the pair says they “won’t fully understand the underlying bases for memory and cognition in the next five years,” they can begin to provide a foundation for future studies that could lead to the answer someday.